Quietly does it in Stockholm’s tourist centre as new Ecosilence Power Pack from Aquajet makes its debut on extensive city centre bridge and tunnel hydrodemolition projects;beating all expectations and making all noise-related problems a thing of the past. 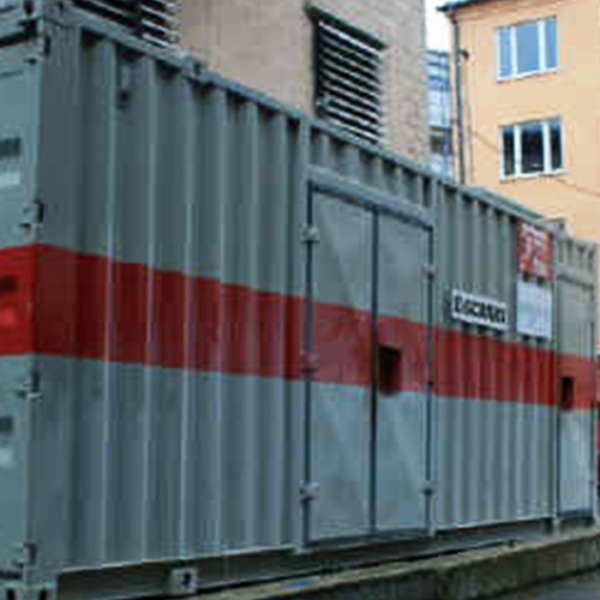 Aquajet’s new Ecosilence Power Pack is currently being tested to its limits in renovation work underway at the very heart of Stockholm’s historic Old Town and exceeding all expectations according to Swedish hydrodemolition specialist sub-contractor, E-Schakt’s Project Supervisor, Andreas Nordstrom.

The company is undertaking hydrodemolition as part of two adjacent city centre projects – the ‘Three Bridges’ and the second phase of work for the heavily-trafficked four lane Söderleds tunnel.

Swedish main contractor NCC is currently restoring Central Bridge, which runs between the Söderleds tunnel and Gamla Stan train station – even as work goes on in the tunnel, and the area is filled with tourists.

The bridge is a key traffic route in Stockholm linking the northern district of Norrmalm and the southern Södermalm. It is 1.2 km long and includes two viaducts over the Söderström and Norrström and has a design capacity for 130,000 cars a day.

The Three Bridges project involves restoring the surface of the bridges in the centre of Stockholm, involving a total area of almost 9,000 m².

Built in the 1950’s the concrete bridge deck surface has become badly deteriorated, particularly over a 500 m length in the centre of the 1.2 km long bridge.

With the southbound tunnel closed in 2007 for repairs, E-Schakt concentrated on preparing the dual carriageway’s right-hand lanes, using hydrodemolition techniques and the new Aquajet Systems Power Pack for the centre 500 m and water jetting the remainder. During this time, traffic flowed with reduced lane widths to allow two lane movement in each direction but with strict speed restrictions.

Phase 3 is scheduled in 2009 to repeat operations in the southbound carriageways.

E-Schakt’s Andreas Nordström confirmed that the Aquajet robot is removing concrete down to the first level of rebar on the bridge deck, to a depth of between 10-30mm.

Söderleds tunnel.
Work inside the 1.85 km northbound Söderleds tunnel, in a separate contract, involves resurfacing both the wall impact protection concrete slabs and the roof. The 600 mm high concrete slab on both sides of the tunnel is being stripped to a depth of 10-30 mm; where it has been damaged by stones and salt, thrown up by the heavy traffic along the full tunnel length.

At the base of the ‘slab’, a 300 mm deep trench has been excavated below the road surface to allow access for additional ‘stripping’ up to 100 mm.

The tunnel roof is water blasted at 1000 bar to clean and remove up to 2 mm of concrete to make ready for the application of fire protection.

With repairs in the 750 m southern part of the southbound tunnel completed in 2007, including the addition of fire protection finishes, work started on the northern half of the tunnel in June 2008 in a 12 week contract throughout the summer months.

During the rehabilitation operation, including hydrodemolition works, the southbound traffic tunnel remains closed to traffic, with the northbound tunnel configured for two-way traffic flow.

Noise control.
The Ecosilence Power Pack’s performance is very much appreciated on the bridge – its noise level being less than half that of conventional power packs and similar to that of a normal conversation.

The use of conventional power packs in open areas often requires special ‘shells’ to be fitted over them at an additional cost of up to €10,000.

Its development will help contractors meet the increasingly stringent operational noise requirements that are imposed when working close to sensitive locations such as residential and office complexes.

“This is a key factor for us,” said Andreas Nordström, continuing, “Its operation on this city centre project has been so quiet, it’s a real city machine.

Significant fuel savings.
Use of Ecosilence also achieves a substantial reduction in fuel consumption compared to conventional power packs, saving an estimated €35,000 a year in a typical operation.

Traditional power packs use between 105 l/hr and 120 l/hr and fuel consumption is of increasing concern both in environmental terms and because of today’s escalating prices.

Key features.
Andreas Nordström “With hydrodemolition you don’t damage the concrete and you also have a better surface to work with. There is also no possibility of causing any cracks, whether micro-cracks or bigger ones,” he said, adding, “Another advantage is that the water jets also get right under and behind the rebar,” he added. “There will be a lot more of this kind of restoration using hydrodemolition taking place in Stockholm in the next few years.”