Our very first Hydrodemolition days in Australia were a great success, Derek Bade, the owner of our local partner Metco Industrial located in Adelaide, had pulled the strings and invited the professionals in the business to attend the shows.

Visitors from virtually all Australia were in attendance. Over the three days we demonstrated the performance and capability of our latest 710V 2.0 evolution robot, successfully completing a number of different setups, such as multiple removal depths combined with geometrical figures and 3-dimensional depth control.
Also the modular Aqua Spine system was on the scene, this system is a multi-tool for use on applications where a robot can not be used or will not fit. This system is also widely used on off-shore applications. Feedback on the days was very positive with comments like “Extremely impressive” “Amazing” and “Awesome”.

Hydrodemolition is already well known and used in Australia. Customers believe it is a growing market and will be specified and used into the future because Hydro demolition is so superior to any other concrete removal method for repair. One of the attendees and pioneers in Australia is Toxfree (formerly Barry Bros) who purchased their first Aqua Cutter robot back in 1994, and amazingly it is still in use. 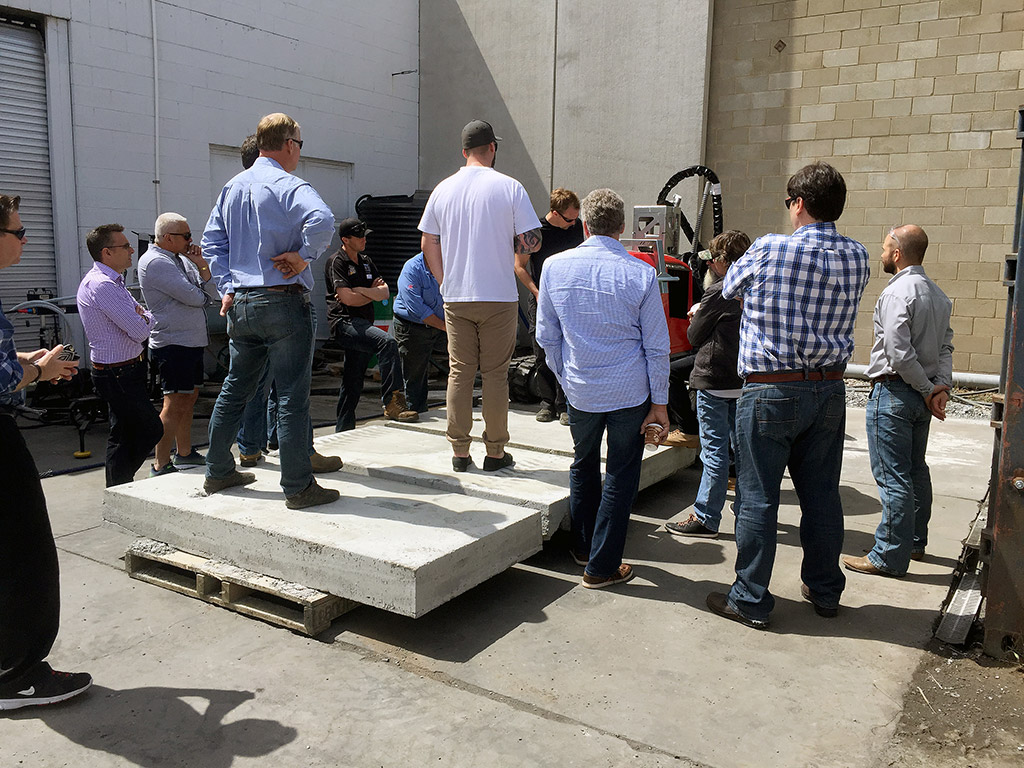 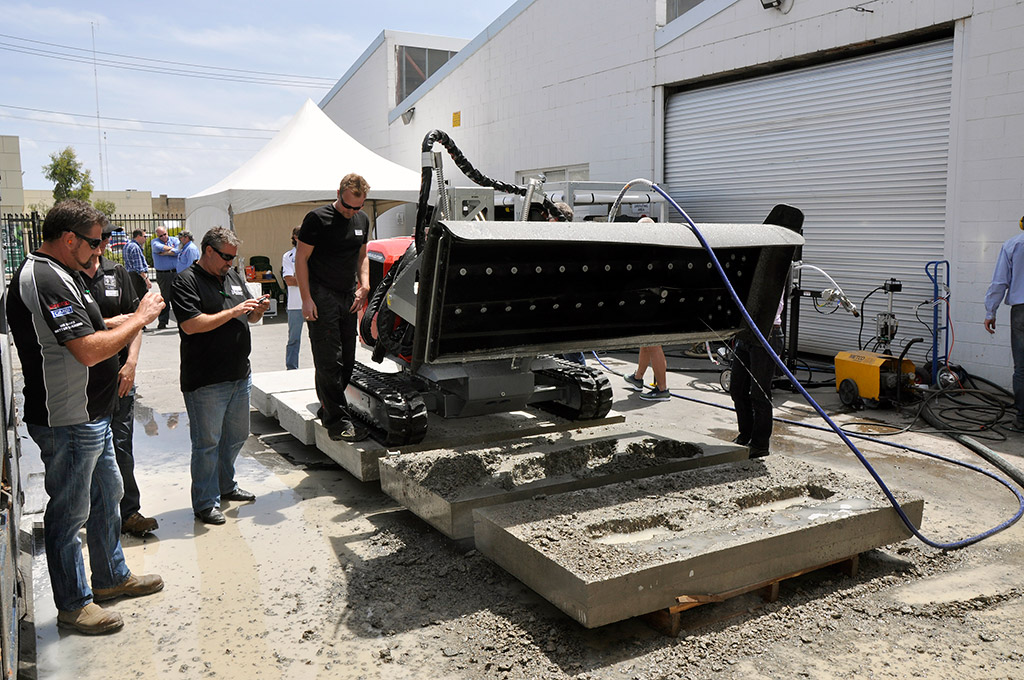 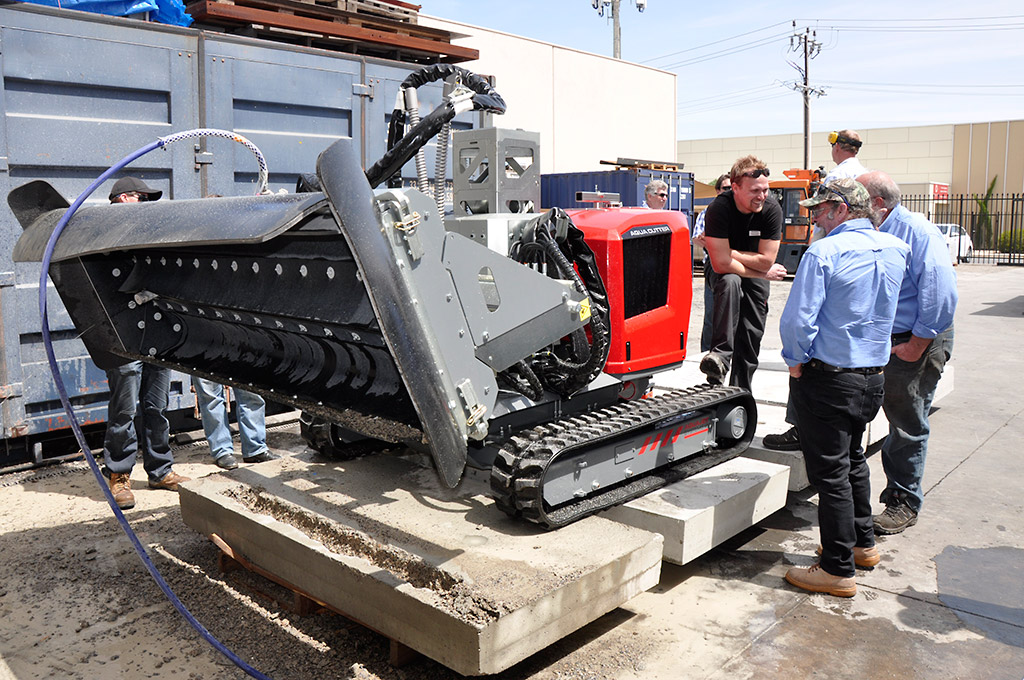