The Ergo Rotolance is the perfect complement to the Ergo system. It will cover a lot of areas beyond the standard Ergo Power Head. Basically everything that is surface related, for example Industrial cleaning, surface preparation, concrete scarification and paint removal. 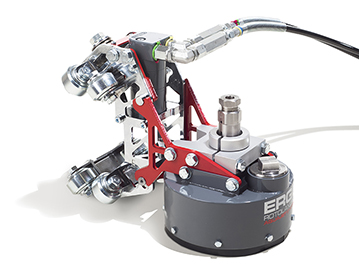 Ergo Rotolance 30
Ergo Rotolance 30, the most basic of the three, has a self-rotating tool with four nozzles and a spray pattern of ø30 mm. There is also a multi bracket available, that spans from ø14-51mm and can therefore also be an automatic positioner for your favorite hand gun tool. 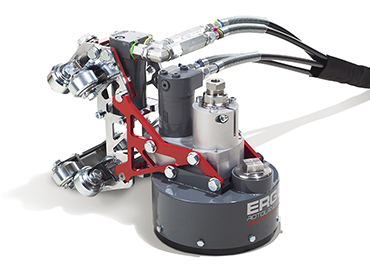 Ergo Rotolance 130, has a hydraulically driven swivel with up to 8 nozzles and a spray pattern of ø130 mm. Thanks to the hydraulic drive the rotation speed is controlled in a very precise way and will perform even results all the time. The large spray pattern makes it perfect for everything from paint removal to concrete scarification. 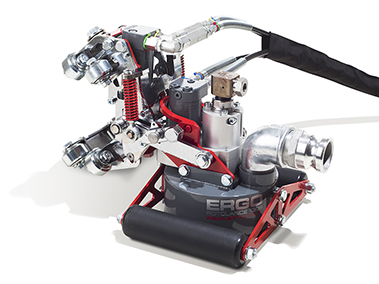 Ergo Rotolance 130S, has the same swivel design but is also equipped with suspension to be able to follow an uneven or curved surface, for example a ship hull. The suspension mechanism has an ingenious design that allows the spring force to be adjusted in four steps and can at the same time also lift the rotor head up from the surface to make assembly easier and to inspect the result.

All versions can be equipped with vacuum connection for removing water and debris.

Read more about the Ergo Rotolance >>